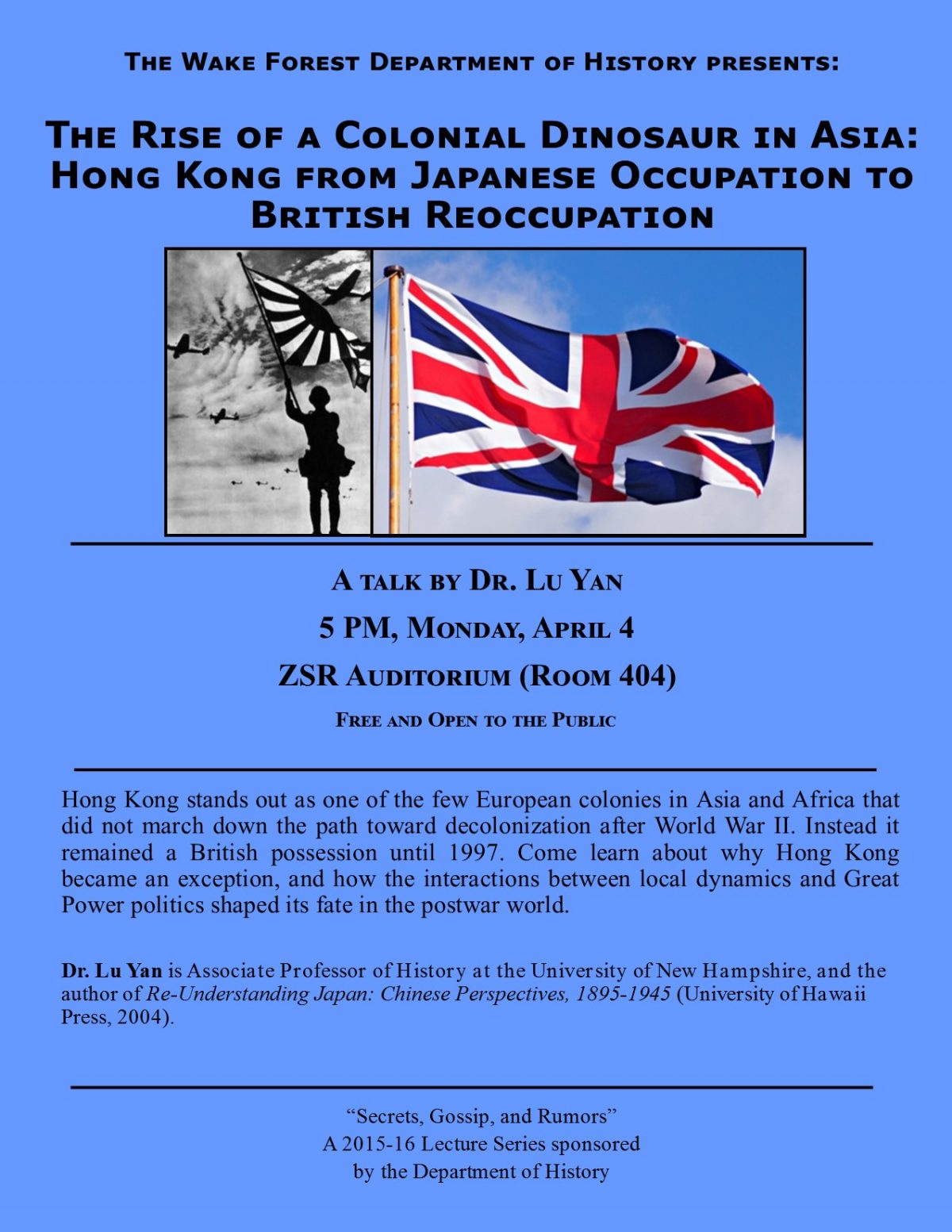 Hong Kong stands out as one of the few European colonies in Asia and Africa that did not march down the path toward decolonization after World War II. Instead it remained a British possession until 1997. Come learn about why Hong Kong became an exception, and how the interactions between local dynamics and Great Power politics shaped its fate in the postwar world.