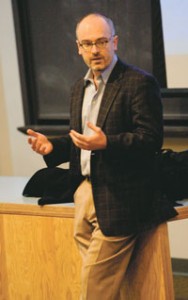 “The Empire of Hope: Emotion, Agency, and the Politics of Japanese Reconstruction after 3/11” by David Leheny, Henry Wendt, III ’55 Professor of East Asian Studies, Princeton University

The tsunami and nuclear meltdown that devastated Japan’s northeastern coast did not begin the debates about Japanese decline. Those have a longer vintage, emanating most prominently from the end of the bubble economy in the early 1990s, ushering in two decades of low economic growth and doubt about the country’s future, as well as neoliberal economic reforms and sometimes striking neo-nationalist turns in politics. In this milieu, a team of distinguished social scientists began a research project on the “social sciences of hope,” investigating how young people in smaller communities might rebuild employment markets and create new opportunities for themselves and others. The March 11th disaster had special implications for this project, and several of its contributors became key players in subsequent policy debates about how hope could be rebuilt in post-tsunami Japan. This presentation provides an overview of the social and political debates in Japan surrounding the disaster, focusing especially on how discourses of hope — an almost determinedly apolitical, emotional concept in these debates — became part of a contested terrain in which national and local forces imagined the responsibility to rebuild as well as who the beneficiaries of Japanese reconstruction would be.