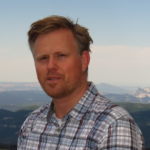 Dr. Daniel Burton-Rose is a Visiting Assistant Professor in History of Science, Technology, and the Environment in the Department of History at Wake Forest University. He is teaching “Asia and the World” (HST 109) in the Fall 2021 and Spring 2022 semesters, as well as a seminar on “East Asian Environmental History” in the spring. Dr. Burton-Rose has spent extended periods of time in China, Japan, South Korea, and Taiwan, and enjoys sharing his passion for the region with students.

Dr. Burton-Rose obtained his doctorate from the Department of East Asian Studies at Princeton University in 2016. He is the co-editor, with David A. Bello, of the anthology Insect Histories of East Asia (under contract with the University of Washington Press), in which scholars of Chinese, Japanese, and Korean history employ their command of primary sources to answer questions posed in Animal and Environmental Studies. He is completing a manuscript titled Celestial Officials of the Jade Bureau: Prophecy and Spirit-Writing in Qing Conquest China, which is the first of several planned volumes exploring the role of communication between mortals and spirits in the self-representations of powerful families in the Yangzi Delta region in late imperial China.

Dr. Burton-Rose has a long-standing interest in medicine in East Asia. His M.A. Thesis at the University of Colorado, Boulder was an annotated translation of Principles of the Innate Disposition and the Lifespan (Xingming guizhi 性命圭旨), an illustrated instructional manual first published in 1615 that details how one can “become an immortal, become a buddha.” The book was an early modern bestseller which was then re-cast in China in the 1980s as guide to medical Qigong techniques. Dr. Burton-Rose serves as the Editor for East Asia of the peer-reviewed journal Asian Medicine: Journal of the International Association for the Study of Traditional Medicine (Brill), for which he co-edited a forthcoming special issue with Yi-Li Wu titled “African American Contributions to American Acupuncture.”

Asia and the World History 109

This course concentrates on transregional connections within and beyond East Asia. Focusing on China, the Korean peninsula, and the Japanese archipelago, we examine the initial impact of New World silver, the rise of European and American missionary activity and imperialism, the dramatic expansion of the Japanese empire, and the eventual creation of a Cold War order. Throughout, students are encouraged to consider the complexities of shared cultural, political, and social practices in the region through the Sinophone (Classical Chinese language) heritage, while being attentive to local differences and outside vectors of change.

A persistent question unifying this material is: What did “the world” mean in the relevant times and places? It indicated concrete commercial ties as far afield as Africa, Europe, and the Americas, but also included ideas of foreign cultures that often floated free from—but nevertheless impacted—objective reality.

Broad themes addressed in this course include military conflict as a force compelling integration, the tension between internal dynamism and external stimulation, deteriorating environmental conditions, the extent to which technological innovations carried cultural particularities (the relationship between modernization and Westernization), and the problematic way in which public discourse in patriarchal societies employed criticisms of women to debate local manifestations of global impacts.

Insect Histories of East Asia. Edited with David A. Bello. Under contract with University of Washington Press.

2022 (forthcoming) “Invoking the Genealogy of the Way: Spirit-Writing in the Construction of Peng Dingqiu’s Confucian Pantheon.” In Matthias Schumann and Elena Valussi eds., Spirit-Writing in Chinese History (Brill).

2022 (forthcoming) “Circumscribing China with Insects: James G. Needham’s A Manual of the Dragonflies of China (1930) and the Indigenization of Academic Entomology in Republican China.” In David A. Bello and Daniel Burton-Rose eds., Insect Histories of East Asia (University of Washington Press).

2019    “Spirit-Altar Prophecy and the Civil Service Examinations in Qing Dynasty China: The Pengs of Suzhou.” In Dagmar Schäfer, Zhao Lu, and Michael Lackner eds., Accounting for Uncertainty: Prediction and Planning in Asian History, 42–53 (Berlin: Max Planck Institute for the History of Science).

2017    “Desiderata for the Principles of Compilation of a Canon of Buddhism and Medicine: A Consumer’s Guide to the Zhongguo Fojiao yiyao quanshu (Complete Works of Chinese Buddhist Medicine and Pharmacopeia, 2011).” Asian Medicine: Journal of the International Association for the Study of Traditional Asian Medicine 12 (1–2): 203–32. (SCOPUS)

2018    Carolyn Merchant, Autonomous Nature: Problems of Prediction and Control from Ancient Times to the Scientific Revolution, in Journal of the History of the Behavioral Sciences 54 (1): 70–71.